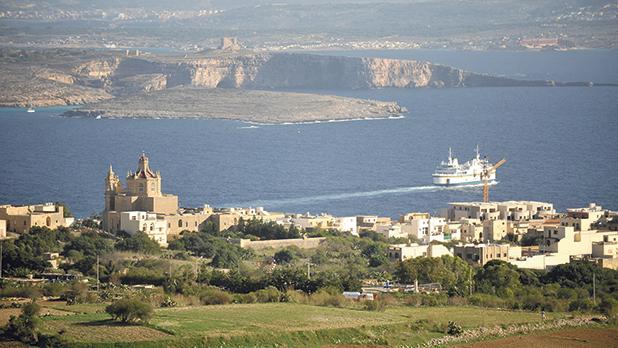 The Gozo permanent link discussion has now been politically sealed by the House of Representatives, though not the relevant scientific studies. From the horse’s mouth we now know that it is up to the official agencies to decide how to go crossing this cross with the least possible damages: presumably damages with regard to social, ecological and financial impacts.

Now this cross is on the lap of the hand-picked academics to decide (or blindly endorse) and shoulder responsibility. One hopes that work will not start, and when problems are encountered, a study is initiated when there is no reversing the damage done, and the necessary permits have been issued. We have seen this a number of times, lately with the widening of country paths by the Ministry of Infrastructure.

The present fleet of Gozo ferries was adequate when they were launched because the demand was adequately met then. But today, the demand has increased while the ferry service has not.

“Surely a fourth ferry can extend the 12-year expiration date… but delaying the problem is not good enough” a young engineer wrote (May 2). Seems waiting for 12 to 15 years for the tunnel to be completed is better than waiting for the fourth ferry which can be in service before one can say Jack Robinson. This student engineer concluded that the fourth ferry is not “economically possible”.

Drivers from Mġarr still have to drive through bottlenecks and traffic congestions from Xemxija, to Sliema, Mater Dei, University, airport, and Valletta: dispersing emissions through towns and villages to the detriment of society and the environment, if these are of any relevance today.

It has also been implied and said that a fast ferry service should be for passengers only. Why? Is there a monopoly which needs protection?  Is this in the interest of commuters or traffic management?

“Congestion is not removed by restricting it. What better ways are there to eliminate traffic congestion other than to facilitate its mobility?” and do away with monopolies. “The idea of a permanent link is not to cut down on the 25-minute ferry trip, but to remove the queues. The engineer caters for the target user first and foremost.” (May 2).

Only? Those who used the ferry service from Mġarr to San Maison know what I mean, before the area was taken for a yacht marina.

Political mongering warns that if northern winds hit the island a fast ferry cannot operate at all. How many times did the fast ferry service from Malta to Sicily (more than 27-kilometre distance) not operated because of inclement weather? Besides, even aeroplanes are occasionally grounded either because of inclement weather, terrorism threats, and volcano emissions! And what about accidents half way through the tunnel?

Saying that the fast ferry service will create a parking issue in Gozo, is trying to convince that a circle is square

Political tears maintain that there is no room in Mġarr for the berthing of fast ferries, not even for a fourth ferry because of the yacht marina. What is more important for commuters: a quay for fast ferries or a yacht marina for the selected few?  One cannot have the cake and eat it too.

Saying that the fast ferry service will create a parking issue in Gozo, is trying to convince that a circle is square. Will there be a selective quota for the number of cars entering the tunnel so that “they will not create a parking problem”?

The political mentality dictates that fast ferry services pollute more than all the cars. Why is this of concern only to ferry services to Gozo and not to the number of cruise liners, which all work on heavy fuel oil even when they are berthed in Grand Harbour?

Young University students are all computer literate. I hope none of these have been imprinted by a ministerial political comment that “environmentalists are not those who stay on the computer writing about everything that passes over the country”!

Students should be proactive and become familiar with modern technology, and not just look at an old ferry fleet to the sound of political idiosyncrasies as if nothing is related to the environment. Student engineers should be at the top of the list on such modern approach as other academic students are doing.

Surfing the internet, getting one’s feet wet, can enlighten one on the modern way of solar-powered ferry services. Sitting near and hearing politicians can lead one to a tunnel vision. There are solar powered ferries working in Scandinavia, where the sun does not shine as strong and as long as it does in Malta and Gozo.

“Engineers are a separate species from the rest of the broader Homo sapiens. Engineers act, socialise and think like engineers; they think laterally. Also, engineering is non-democratic” (May 2) does not reflect well at all on the profession, unless of course this comment is relevant only to those engineers with such a vision, who are building highways in country paths guided by a ministerial mentality of “ħaxix ħażin”.

There are many professional engineers who incorporate the findings of other professions, like economists, ecologists, physicists, chemists, psychologists, geologists, sociologists, planners, legal and medical professions, and also public consultations.

Unfortunately, hand-picked politically faithful academics, some engineers not excluded, fear to tread or consult other professional studies, even if it is just an exercise to “…to remove the queues”, and might I add “ħaxix ħażin”.

An appropriate title for this parody would be: “Of guinea pigs, parrots and carrots.”

An appropriate title for this parody would be: “Of guinea pigs, parrots and carrots.”

“Regardless of which career you have, you are going to think like an engineer.” (May 2). A dangerous statement, which can only put engineers in a very bad light, and isolate and lead one into tunnel vision, professionally, physically and morally.  And to say the least, it is not expected from a budding university student, unless of course this is the axiom on which students are taught.

This is a Times of Malta print opinion piece

To Gozo with love