From nature study to biodiversity

From nature study to biodiversity

When we were young, we used to be taught nature study: by collecting tadpoles in jam jars and pinning butterflies on pieces of cork. Eventually, this changed to a wider vision of environmental studies. Following accession to international conventions and the European Union, a more sophisticated word is used: biodiversity.

Biodiversity is the amalgamation of the words biology and diversity. It means the variability among living organisms from all sources including, inter alia, terrestrial, marine and other aquatic ecosystems, and the ecological complexes of which they are part.

All living organisms (biotic) need adequate physical environment (abiotic) such as land, air, light and water to live and procreate. Biotic and abiotic form a delicate dynamic balance sustaining all life: the complex of plant, animal and micro-organism communities and their non-living environment interacting as a functional unit. Such diversity within and between species and ecosystems essentially is a synonym of ‘life on earth’. 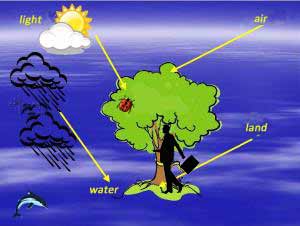 Another principle related to biodiversity is its sustainable use: the use of components of biological diversity in a way and at a rate that does not lead to the long-term decline of biological diversity, thereby maintaining its potential to meet the needs and the aspirations of present and future generations. It has ecological, economic and social dimensions.

The reconciliation of environmental, social equity and economic demands are referred to as the ‘three pillars’ – if ‘pillars’ are anything to go by locally.

The three pillars of sustainability

Such a concept of life on earth is not always accepted by some sections of the self-proclaimed most intelligent species on earth, – homo sapiens, maintaining that such an intelligent species cannot be subject to such a natural system. Such ‘sceptics’ are mostly found among commercial, political and even religious entities.

Senior citizens remember days when we used to drink out of any streamlet or cistern without any fear or health worries. There was no acute asthma or coughing problems that have become so common and are normal background sounds to any public gathering.

Summer was warm months; winter was cold months and there was never any thought of sudden climate change and its impact on living organisms.

Occasionally, I try to image the modern way of life in the biblical Garden of Eden. Not only would the self-declared most intelligent species swoop on the forbidden fruit, some with the sole intent of genetically modifying it to make it better and feed the people, but the slightest vision of a Eurodollar-clad serpent would create a stampede to approach and eventually take possession of the fruit, uproot the tree and replace it by an investment yielding  maximum financial profits.

The early 1970s saw a crescendo of local waves of publicwide communication, education and public awareness on specific species, initially birds and later trees. Such was the impact that it led some politicians, past and present, to conclude that there were those who thought the environment was just development, birds or trees. I have heard this more than once from different coloured quarters.

A couple of days ago,a group of ecoskola students were convened in Parliament, where they also addressed members of the House of Representatives. Their message relating to ‘caring for our future’ focused mainly on fostering further awareness on the importance of environmentally sustainable policy.

Some politicians, the world over, have managed to coin their own ‘political’ definition of technical words, not necessary in the context or in line with scientific jargon. The latest political definition of sustainability is sometimes development has the upper hand, while sometimes the environment does. If this definition was applied to a football league, it would perhaps be close to acceptance. But applying this to sustainable use of biodiversity qualifies it for the best political joke of the year. It simply means sustainable use of biodiversity is far from being understood and biodiversity is on the development chopping board.

Malta is party to the Convention on Biological Diversity and also forms part of the European Union. Ignoring and failing to understand and implement such concepts of biodiversity can never place any country high up in EU rankings: it can only place it on top of the infraction list.

During the past decade, biodiversity has been the Cinderella of government, misunderstood and mismanaged even by the competent authority established for its very protection: Mepa.

A brief, backward look at Buskett, Dwejra and RamlaBay in ecoGozo, and Għajn Tuffieħa, all EU Natura 2000 sites, shows the disinterest and laissez-faire towards biodiversity.

Such lack of interest, the newly coined political definitions, the splash of fireworks to make us different, extinguish any hopeful light at the end of the tunnel for the better management, protection, enforcement and appreciation of Maltese biodiversity.

The national and international obligations for the protection of biodiversity go much further than just protecting birds or trees from development.

But if schoolchildren can understand and embrace the real meaning of biodiversity, why can’t politicians? After all politicians are intelligent and honourable men, unless they themselves disagree with such public perception.