A recent decision by the Environment and Planning Review Tribunal has overturned a Planning Authority decision, ordering it to approve a permit for the extension of a restaurant, the installation of light and increasing the number of tables and chairs in an EU Natura 2000 site in Dwejra.

Without any doubt, this throws a lot of light on the official political disrespect, disinterest, exploitation and disregard for the environment as well as national and international legislation.

Dwejra is a Special Protection Area and a Special Area of Conservation with regard to biodiversity, in line with the Birds and Habitat Directives. It is part of the EU Natura 2000 network because of its importance to the EU.

The Malta Environment and Resources Authority is the responsible competent authority recognised by the EU. Competent national authorities are those entitled to give authorisation or consent to a plan or project in Natura 2000 sites. 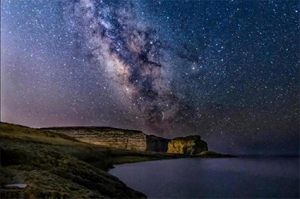 Dwejra is the best remaining site on the islands for astronomical observations. Photo provided by the Physics Department and the Institute for Astronomy and Space Sciences

Dwejra is also designated as a ‘dark sky heritage area’ in the Gozo and Comino Local Plan.

Article 6 of the EU Habitat Directive can be regarded as a key framework for giving effect to the principle of integration with regard to the management of the protected areas in a sustainable way and sets the limits of activities that can impact negatively on protected areas.

In an international context, Article 6 also helps to achieve the aims of relevant international nature conservation conventions such as the Berne Convention and the Biodiversity Convention (Malta is a party to both), while at the same time creating a more detailed framework for site conservation and protection than these conventions themselves do.

Where assessment is required by Article 6 (3) it takes the form of an assessment under Directive 85/337/EEC (on the assessment of the effects of certain public and private projects on the environment), where public consultation is necessary.

In this context, it is worth mentioning the possible longer-term implications of the Aarhus Convention, which emphasises the importance of public consultation in relation to environmental decision-making.

According to Habitat Directive’s article 6 (2) “any plan or project not directly connected with or necessary to the management of the site but likely to have a significant effect thereon, either individually or in combination with other plans or projects, shall be subject to appropriate assessment of its implications for the site in view of the site’s conservation objectives”.

“In the light of the conclusions of the assessment of the implications for the site and subject to the provisions of the Habitat Directive (para 4), the competent national authorities shall agree to the plan or project only after having ascertained that it will not adversely affect the integrity of the site concerned and, if appropriate, after having obtained the opinion of the general public.”

An EU Commission publication dated 2000, Managing Natura 2000 Sites – The provisions of Article 6 of the Habitats Directive 92/43/CEE, explains that “member states shall take appropriate steps to avoid, in the special areas of conservation, (like Dwejra) the deterioration of natural habitats and the habitats of species as well as disturbances of the species for which the areas have been designated, in so far as such disturbance could be significant in relation to the objectives of this directive”.

The article also states that “member states shall take appropriate steps to avoid, in the special areas of conservation, the deterioration… as well as disturbances…” of species and habitats for which the sites have been designated and should also be implemented if necessary outside the sites. (Article 6 (2)).

Disturbances include, among others, noise and source of light.

The intensity, duration and frequency of repetition of disturbance are, therefore, important parameters and can be regarded as a significant disturbance.

Even a plan or project that includes conservation management among its objectives may still require assessment. 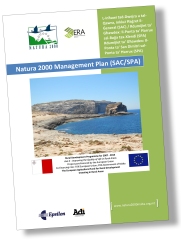 Although the management plan for Dwejra has long been drawn up with the help of EU funds, and approved by the EU, it is still gathering dust on the ministry’s bookshelf.

There is still no administrative set-up for its implementation, enforcement, management, administration, education and no stakeholders are involved, as obliged by the management plan.

The Environment and Planning Review Tribunal has completely undermined Malta’s obligations at EU level. Can the ERA contest such a decision in court, especially when the Minister for the Environment has publicly stated that he does not agree with this permit? If not, does this decision mean the ERA is impotent as a competent authority responsible for EU obligations when confronted by such a tribunal?

Do the citizens have to refer the matter to the EU to achieve what the ERA should be on the front line defending on their behalf?

This is definitely another decision reached by hand-picked political academics,whose short-sighted decision embarrassed Malta with regard to its international obligations.

If such a tribunal is independent, then the responsibility has to be carried by those people involved in such a decision and who have completely ignored and defied the decision made by two national competent authorities and also the public with great political and environmental consequences.

It is high time the EU DG Environment investigates how Natura 2000 sites in Malta are being brought to disrepute.

Dwejra: Gone with the wind

A window pain for sure