Where the wind blows

Where the wind blows

The EU met on 8th March 2016 to decide whether to extend for another 15 years, the use of glyphosate, a crucial weedkiller ingredient. The decision was abruptly postponed at the eleventh hour.

Glyphosate is a non-selective herbicide that is widely used in agriculture, public areas and private gardens. It is also used in genetically modified crops, which are specifically engineered to resist glyphosate-based products.

The International Agency for Research on Cancer (IARC), part of the World Health Organisation, announced that glyphosate was “probably carcinogenic to humans”.  Environmental groups have since been calling for its ban.

Following WHO’s warnings, the European Chemicals Agency (ECHA) will undertake further studies to see if glyphosate can cause cancer, interfere with reproduction or damage the hormone system. The herbicide glyphosate can enter the body through food or drinking water. A new study has shown that the majority of Germans have been contaminated by the compound. 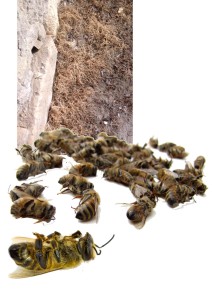 According to scientists, heavy and repeated uses of glypohosate-based herbicides, contributes to many envirionmental and soil-ecosystem problems. Glyphosate results in the greatest public and worker exposure, either directly or through residues in food. And its impacts on biodiversity is also well known: it decimates and eliminates pollinators such as bees.

On the other hand, the European Food Safety Authority (EFSA) contends that glyphosate was unlikely to cause cancer in humans and proposed higher limits on the amount of residue of the weed killer deemed safe for humans to consume, a report which Greenpeace has referred to as “a whitewash”.

The Swedish Environment Minister said: “We won’t take risks with glyphosate and we don’t think that the analysis done so far is good enough. We will propose that no decision is taken until further analysis has been done and the EFSA scientists have been more transparent about their considerations.”

Before the scheduled vote of 8 March, leaders from Italy joined Sweden, France, and the Netherlands against the widely-used herbicide.

Following such postponement, EU Member States were given till the 18 March 2016 to provide their opinion for the next meeting, scheduled for 18 May. But the Times of Malta (March 29) quoted a spokeswoman for the Ministry for Environment, that Malta did not submit such opinion by the 18 March, because discussions were still ongoing. 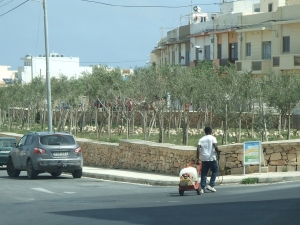 Workers are just a cog in the pro-business machine. As long as they deliver, it is not important to ensure that they wear hazardous clothing.

Following a number of articles and comments in the press, it is now more than obvious that in Malta the eagerness for monitoring and enforcing is at its lowest ebb, if at all. The professionalism of passing the buck is more pronounced.

But, according to this newspaper, MCCAA refused to state it’s position and directed questions to the Environment Ministry. The latter is responsible for the protection of biodiversity, the Pesticides Control Board (PCB) which is chaired by a Ministry’s representative, and also for agriculture for which a parliamentary secretary is accountable.

Because of the impacts of pesticides on human food and animal feeds, representatives of the Food and Safety Commission and the Environment Health Department, both under the responsibility of the Minister for Energy and Health are represented on the PCB.

One of the functions of the Food and Safety Commission is to effectively apply the precautionary principle when a significant risk to consumers is identified or reasonably suspected. Sitting on the fence is the Minister of Landscaping who is responsible for use of pesticides by his landscaping official public partner who seems to be immune to any regulation with regards to human safety and biodiversity.

One would tend to ask. “What would Malta have voted if the matter was not postponed?” In such a sensitive social and ecological matter, one would have thought that the decision was easy. But in all probabilities the pro-business vision is quite a high and a strong hurdle to overcome.

From past and present experience, considering the pro-business vision dominating every other sector, and the fortunate position in the EU’s alphabetical list, I tend to start believing that Malta will not go to the next meeting on 18 May with an official public position. The position will be reached according to the way the majority of the EU Member States vote: in other words, where the wind blows.

Commercial interests spray to their heart’s content: in public area, in public gardens, in street, outsides residential areas, close to public outlets. Anywhere as long as they make some profit out of it. Externalities will be paid by the general public and the environment.

This despite the negative impacts that such a decision will undoubtedly have on society and ecology, which will be more acute locally considering the smallness of the country. Why does Malta have to be feel embarrassed by a vote in favour of society and the environment?

Miriam Dalli, member of the European Parliament Environment Committee, is quoted as saying that “ultimately we are speaking about the health of our citizens and this is another case where I stand firm in my belief that public health is not negotiable and must not be compromised by any commercial interest.”

One has to wait till the vote on 18 May to see what stand Malta will take: whether MCCAA will be on the side of commercial interests, or use the precautionary principle in the interests of social and environmental health.