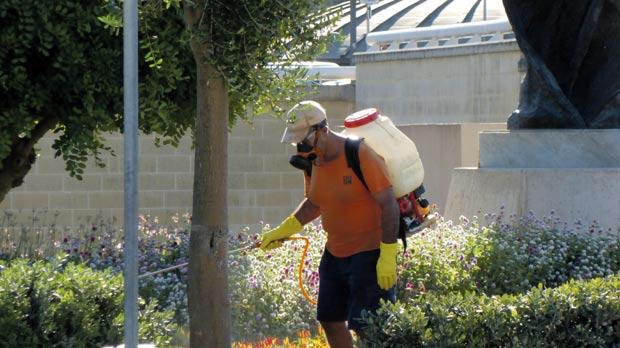 In 2013, nine of 10 people tested in Malta had traces of glyphosate in their urine, which was the highest rate in Europe.

Malta’s position on the use of the potentially cancer-causing chemical glyphosate in pesticides is still unclear ahead of a crucial vote in May, as the European Commission seeks to extend its approval for the next 15 years.

Labour MEP Miriam Dalli, however, has voted for a ban on the chemical in the European Parliament, despite the Maltese government so far refusing to state its position.

The government was requested to give the European Commission its suggestions on the proposal by last Friday, but an Environment Ministry spokeswoman told the Times of Malta that it had not done so, as discussions were still ongoing.

Glyphosate, a common ingredient in weed killers, is considered to be a “probable human carcinogen” by the World Health Organisation, and environmental NGOs have long called for its use to be suspended.

Tests carried out by Friends of the Earth Malta in 2013 found that nine of 10 people tested in Malta had traces of glyphosate in their urine, the highest rate in Europe.

The Commission’s European Food Safety Agency (EFSA), however, published a report in November stating that the chemical was “unlikely” to cause cancer, paving the way for re-approval. The report was heavily contested by France, Sweden and the Netherlands, who have all come out strongly against glyphosate use.

National pesticide regulators from all EU countries, as well as the Commission, met on March 8 to decide on the matter but could not reach the majority necessary for a decision, prompting a postponement of the vote.

The Commission proposal includes the authorisation of glyphosate for nearly the maximum period possible (15 years) but also increases the acceptable amounts of glyphosate residues in food by 66 per cent.

When contacted, the Malta Competition and Consumer Affairs Authority (MCCAA), the local regulator, refused to state its position and instead directed questions to the Environment Ministry. Informed sources, however, said the regulator had recommended that the government vote to ban glyphosate, although the final decision rests with the government.

A resolution passed on Monday by the European Parliament’s Environment Committee, of which Dr Dalli is a member, called for the blocking of the Commission’s proposal. The resolution will now be put before a plenary session in April.

Dr Dalli, who voted for a ban, said the EFSA report was based on unpublished studies which should be disclosed before any decision was made to ensure its conclusions were scientifically sound.

“Ultimately here we are speaking about the health of our citizens and this is another case where I stand firm in my belief that public health is not negotiable and must not be compromised by any commercial interest,” she said.

Asked if she believed the government should vote to ban the chemical, Dr Dalli said: “The government should analyse the proposal in great detail and keep as a priority citizens’ health to make sure that the decision is taken based on proper scientific evidence.”

Former environment directorate head Alfred Baldacchino told this newspaper the EU should apply the precautionary principle enshrined in its treaties, which states that potentially hazardous products should not be used unless they can be proven to be safe.

“This is necessary in the interest of biodiversity and of society,” Mr Baldacchino said. “If a harmful effect were to be proven further down the line, it would be too late to control.”

This entry was posted on Tuesday, March 29th, 2016 at 8:23 pm and is filed under biodiversity, EFSA, Environment Ministry Malta, EU, European Commission, European Food Safety Agency, European Parliament’s Environment Committee, Friends of the Earth Malta, glyphosate, Malta Competition and Consumer Affairs Authority, MCCAA, Miriam Dalli MEP, pesticides, Philip Leone Ganado, WHO, World Health Organisation. You can follow any responses to this entry through the RSS 2.0 feed. You can skip to the end and leave a response. Pinging is currently not allowed.

2 Responses to Glyphosate debate goes on