Invasive alien species are causing havoc the world over, not least in our island. Little attention is being given to them locally. The price being paid by society and the environment is on the increase with little help from the official entities who are responsible to control such invasive species before they establish themselves in our ecosystem. The commercial and financial gain of the importation of species and their derivatives takes priority over the negatives financial impact borne by society and the environment.

The Red-palm weevil devastating palm trees on the island, introduced by infected palm trees imported from infected areas, to be used for landscaping, despite advice to the contrary.

The recent locally introduced invasive alien species and the damages caused are known by one and all. These include the Red Palm Weevil which has to date destroyed about 1400 palm trees including a great percentage of mature and historical trees; the African brown mulberry long horn beetle which has decimated the great percentage of old mulberry trees in Malta, and now seemingly turning its attention to the fig trees and possibly citrus trees; a new beetle which is killing carob trees and other indigenous trees; and the geranium bronze butterfly which as yet is only impacting cultivated geraniums and has not as yet attacked the indigenous wild species of related geranium species. 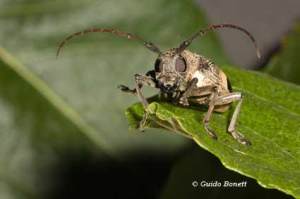 As yet the disease (Xylella fastidiosa bacteria) which is spreading in Italy and attacking and destroying olive trees has not been recorded in Malta, as far as one is aware.  Italy may have to destroy about one million olive trees to control such disease and is under pressure by the EU to do so. But what is being done  to prevent the introduction of this disease with the olive trees still being imported from Italy despite such imminent danger?

The general public has been informed by the Parliamentary Secretary for Agriculture, that all imported olive trees have to have a phytosanitary certificate, and olive trees are being monitored. This naïve statement shows the poor awareness of the dangers of such destruction of local olive trees, citrus trees and vines, and the industry they support. No proactive measure are being implemented, let  alone considered. Then when the horses bolt, a study will be commissioned on how to close the stable doors.

The species which carried the above recently introduced alien invasive species were all accompanied by a phytosanitary certificate. It seems that the Parliamentary Secretary responsible for Agriculture is following the footsteps of his predecessor under whose ‘reign’ the above invasive species were introduced. Unfortunately he seems to be more interested in finding a loop hole to ensure the shooting of birds during their spring migration than taking professional steps to protect local agriculture and the ecosystem of the Maltese Islands.

According to the EU, the disease affecting the olive trees in Italy, can also attack citrus trees and vines by the insect-transmitted bacteria, which causes the trees to wither and for which there is no remedy. Would be very interesting to see the comments of the Parliamentary Secretary if, God forbid, such a disease would establish itself also in Malta. Money talks and the people and the environment pays.

Platform Stop invasieve exoten, from the Netherlands has produced the following animation film on invasive species which one hopes will help politicians understand the negative impacts and the financial, social and ecological damages these can do. This animation film can be seen by clicking the following link, which also gives other links on data on invasive alien species:

This entry was posted on Tuesday, May 5th, 2015 at 8:30 am and is filed under Alfred E Baldacchino, Alien invasive species, Brown mulberry longhorn beetle, citrus trees, EU, European Union, exotics animation film, invasive species, Olive trees, Phryneta leprosa, Platform Stop invasieve exoten, vines, Xylella fastidiosa bacteria. You can follow any responses to this entry through the RSS 2.0 feed. You can skip to the end and leave a response. Pinging is currently not allowed.